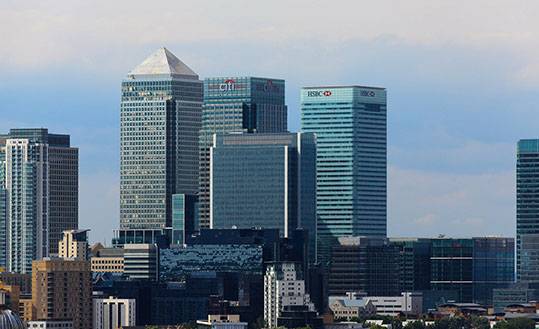 This year seems to be speeding through the months at a rate of knots and so it feels like a good time to reflect on the London office market highlights to both review where the year has taken us so far and predictions for the month ahead. Colliers International most recent report highlighted some key outtakes from the performance of the market year to date …

1) London property transaction levels are beginning to be constrained

Grade A (a definition used by the media and property market to describe the most sought-after space on the market) availability in London has continued to decline in Q4 of 2015 across both the City and London’s West End, down 43% year-on-year. The London vacancy rate as a whole has now fallen for eleven successive quarters. There’s no set definition for what makes a property listed as Grade A but it will usually contain a number of the following features:

Whilst supply of Grade A offices has experienced a decline, the absorption of Grade A continues to grow. In the second half of 2015 over 3.4 million square foot of office space was absorbed across the capital.  The largest deal recorded was the 250,000 sq ft pre-let to the Royal Bank of Canada at the GPE/Brookfield 100 Bishopsgate scheme which is due for completion in Q4 in 2018.

Within the London office market the trend for prime rents still remain at a record level with an average growth of 9% year on year. If we just focus on the City submarket alone this trend actually outweighs the average with a rise in prime rents of a staggering 14%. In particular, the pressure appears to be focused on up and coming areas including Shoreditch, Clerkenwell, Farringdon and Aldgate. The report released by Colliers International predicts City headline rents to reach £75 psf by the end of 2016.

Whilst it is safe to say that there is still a strong, healthy amount of investment the overall volumes in recorded in Q4 2015 failed to reach those levels experienced in 2014 – £10 billion worth of deals (total) were concluded in 2015 compared with £12 billion in 2014. However 2015 (and the beginning of 2016) has seen continued investment by domestic and foreign investors and as these investors begin to move further up the risk curve to achieve target returns there is a continued rise in demand for value-add opportunities.

Looking for consultancy advice in the London office market?