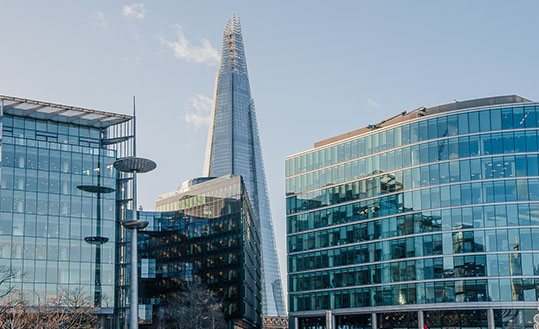 It was Douglas Adams of Hitchhiker’s Guide to the Galaxy fame who wrote “we demand rigidly defined areas of doubt and uncertainty”, and we have been enjoying such ‘luxury’ over our relationship with Europe for a great many years.

Now, however, it’s time for us to get off the fence, rightly or wrongly, and step up to the mark with a vote in June. We are certainly living in uncertain times for a great many economical reasons, but most of all because of Europe and the forthcoming (and long awaited) national poll. In my (fairly lay) opinion, this is not a subject for public consultation and is exactly the reason why we elect politicians to do the research and debate. For my own part, the economic and political ramifications of staying in or leaving the Eurozone are well beyond my understanding.

Notwithstanding the above, uncertainty over Britain’s decision whether or not to stay in the EU is having an adverse effect on demand for London office space. Results of a survey by the Royal Institution of Chartered Surveyors (RICS) found that 38% of their members say the uncertainty is the main reason international businesses have been nervous about investing in Britain. Nearly half the RICS members surveyed felt that if Britain leaves the EU, it will have a negative effect on the commercial property sector, with only 6% saying a Brexit would have a positive impact.

A major London estate agency has produced a survey drawn from a range of industry players operating across a number of sectors (including residential and commercial). Their results show a clear majority believe that a Brexit would have a negative impact on the UK property sector, both from an investment (65.3%) and occupier (69.6%) perspective. However, only just over 10% of them would consider relocating to another EU country in the event of a vote to leave.

A recent report in the Financial Times revealed that investment in central London office buildings dropped by 52% in the first quarter of 2016 with only £2.2 billion, down from £4.6 billion in the final quarter of 2015 – the lowest level for more than four years. The slowdown was caused by Brexit fears, and investors are worried that a decision to leave the EU would result in more companies rethinking their presence in The City.

These figures are backed up by another study by the RICS which reports that international companies are preparing contingency plans to move away from London in the event of a Brexit (benefiting EU cities such as Paris, Frankfurt and Dublin). Their absence would lead to lower demand, slower investment, less new development, and has the potential to dampen the Central London premium.

However, the good news is that despite the slow down, investment rates haven’t completely come to a halt, with 5% of RICS members reporting increased interest from overseas companies in the last three months, suggesting there is still some appetite for investment and occupation. The study’s authors interpret this positively, saying it “can either be interpreted as discarding a Brexit impact as nominal, or that the UK’s economy will return to normal within a fixed time period, indicating confidence in the UK economy’s resilience.”

Another report published by a major international property consultancy points to employer confidence around the UK’s longer-term economic conditions, with many having expansion plans which will have a positive effect on take-up in the London office market, despite the fall in supply of available space over the last year.

One note of comfort from the authors of this report comes from what happened after the Euro Crisis in 2011/12; whilst investment volume fell to £9.1 billion in 2011, it rebounded to £13.8 billion in 2012 (up from £10.3 billion in 2010). Whatever the result of the vote, the authors are confident this resilience can be repeated.

An interesting observation was made in the Estates Gazette report that we fully endorse: “the market can cope with change. What it can’t cope with is uncertainty.” Whilst the Brexit debate continues, the uncertainty continues. We all hope for a decisive end to the uncertainty in June, whichever way the vote swings, so that at least the nation will have a direction to pursue rather than a laborious question mark hanging over us and the rest of Europe. Only time will tell if we get it right or not. Or perhaps Mr Adams was also correct in his observation that “we live and learn. At any rate, we live”.
For further information on any of our services, or to discuss any aspect of your commercial property portfolio, please do not hesitate to contact Michael Boardman, or a member of the MB&A team, on 020 7118 3456.