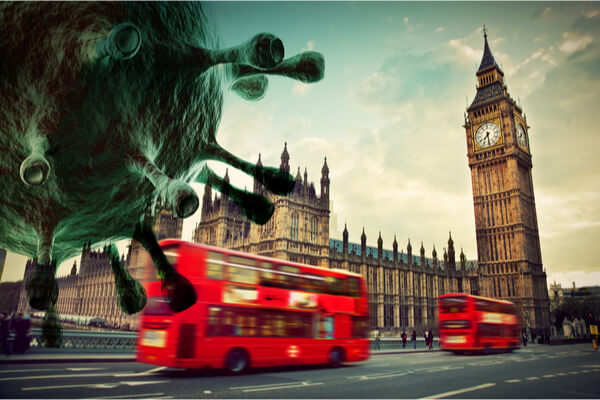 The last two years have, of course, been dominated by the Covid pandemic and the ruinous effects of the outbreak on all businesses and, in particular, the education sector.

Clients of MB&A saw their student numbers reduce to zero for most of the epidemic as the streets of London took on that ghostly emptiness that we “sort of” got used to.

Like a desert after the first rainfall of spring, the wilderness has now sprung into life with green shoots everywhere and a bounce back the likes of which I have never experienced before.

Since the start of 2022 MB&A has been extremely busy on a range of searches for new property as well as rent reviews and lease renewals.

Indeed clients have just completed on a 20,000 sq. ft long leasehold purchase for £14.0m and I am awaiting news of completion of legal formalities on a 10,000 sq. ft lease assignment, a new 5,000 sq. ft education building for a new US Overseas Student Programme provider to London in Bloomsbury. I also have a number of lease renewals and rent reviews ongoing.

As part of the acquisition process, and with specific reference to the disastrous last two years, it is the new acquisition and lease renewal situations that provide tenants with the opportunities to set some new standards to reflect the modern world. Or so you would have thought.

As a specific example I am going to refer to the introduction of a “covid clause” in leases to set some standard with which to deal with any new outbreaks that call for a government imposed lockdown. This aspect seems to be decidedly lacking in focus despite the drama of the last two years and the significant issues caused with continuing rental payments despite a severe lack of teaching activity and student numbers.

Currently, commercial leases do not cater for the imposition of government restrictions that can force the closure of premises or dramatically change the way in which tenants can occupy and utilise them. Rent suspension clauses are common but these normally apply only if the property is damaged or destroyed by an insured risk.

The aim of Covid clauses is clear. It is an attempt to share the burden of the loss caused by restrictions which reduce a tenant’s economic activity or profitability.

They can achieve this by providing for a rent reduction, suspension, or even a right to terminate, in the event of the government imposing Covid 19 type restrictions which prevent or limit a tenant’s use of the property. The concept of such clauses has only just started to evolve and there is no market standard yet.

The battleground most represented with covid issues has been the retail sector where the highly visible lack of business and the prominence high profile organisations has been cause for great debate and discussion with some suitable concessions having been secured, albeit some (in my opinion) very odd Court findings (see note * below)

The office market has largely “weathered” the storm and had less focus on this matter.

The largely invisible education sector however has had to deal with pitch battle fights (largely, but not exclusively I should add) with their landlords in order to retain funds in order to continue functioning during the lockdown period.

Invariably concessions granted have been based on “loans” or offset payments rather than actual reductions. To be fair landlords have their own set of issues to deal with such as loan payments and those costs can be accounted for in the equation applied to deal with future lockdowns. A large part of the London property ownership however are the “landed estate” type ownerships of the great estates such as the Langham, Portman, Grosvenor and Bedford Estates.

In my experience some of these have been awkward over this difficult issue and some bad feeling created, which is a great shame.

I am currently locked in on an ongoing debate setting out the terms for a new lease on behalf of a new client seeking to acquire a new campus in central London. I have, as one would, suggested in the heads of terms that a “covid clause” should be applied to protect my client’s interests in the event of future government backed lockdowns.

The conversation has (in my opinion) been hilarious and hugely enlightening. In the first instance I have been interested in the level of “blank face” response from landlords in respect of how to go about dealing with such an eventuality. But most of all concerned over the level of conversation which has been (in one instance) based on an attempt to limit any further lockdown concessions to “Covid 19” only. I had gone to great lengths to try to explain that the name “Covid Clause” is a generic name created and named after the recent pandemic. It should be expansive and robust enough to protect tenants’ financial viability through all pandemics including, if necessary, the inevitable first zombie apocalypse event as one legal commentator jokingly put it recently.

Of course, such a limitation would be wonderfully beneficial to landlords seeing as Covid 19 was named after the year of its discovery. The chances of that happening again being fairly unlikely for, say, 100 years!

In the case of Poundland Ltd v Toplain Ltd (unreported) 7 April 2021 a tenant argued that, on a renewal under the Landlord and Tenant Act 1954, a Covid clause should be inserted into the lease because it amounted to modernisation, which is permitted.  The landlord disagreed on the grounds that there is no market precedent for the inclusion of such clauses and that the Covid clause would fundamentally change the parties relationship (the clause reduced the annual rent and service charge by 50% during any period where the property could not be used). The Court found in favour of the landlord because it was not fair and reasonable to change a previously agreed risk and how that risk was shared. The Court also felt that the landlord had no control over the risk it faced, whereas the tenant might be able to control their risk through government assistance e.g. reliefs and other government backed schemes.

In a second lease renewal case, (WH Smith Retail Holdings Ltd v Commerz Real Investmentgesellsschaft mbH (25 March 2021)) the Court was not asked to rule on the inclusion of a Covid clause because the parties had already agreed to include it. Instead the Court was asked to rule on the trigger event giving effect to it. What is interesting to note from this case is that both parties had agreed to the inclusion of a Covid clause. The judge even went as far as saying that such clauses have “become something that all tenants want, and that the market has now priced it in”. This comment was made in the context of the retail sector, by a judge in a lower Court who had not been asked to rule on the inclusion of the clause, just the trigger of it.