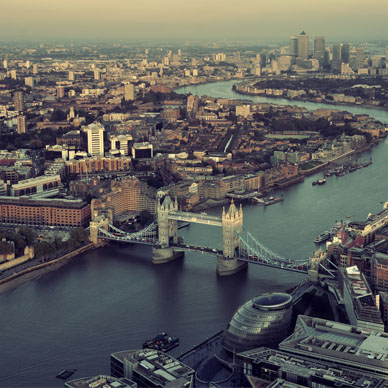 However in a latest survey by the Royal Institution of Chartered Surveyors (RICS) commercial property prices in the UK are set to rise as we move into 2016 as demand remains strong across all key sectors.  For many, the UK commercial property market is still perceived as a relatively safe haven for investors, even in light of predictions that rent rates are set to continue to rise and despite wider macro concerns including the volatile Chinese market we have experienced this year.

The one of the main challenges for 2016 appears to be based on a decrease in the supply of new property development as we continue to experience an increasing shortfall in relevant skills, which fundamentally reduces supply in the commercial property market. However the RICS’s survey highlights that the exception to the low level of new commercial property developments across the UK is within the London office sector. Over the last three quarters, it has been recorded that 34% more surveyors experienced a rise rather than fall in new office developments. In addition 43% of surveyors are predicting a further rise in rents both in the medium and long term across the commercial property market in 2016.

In addition, it’s also predicted the commercial property investment market for 2016 will see a substantial rise in buyer enquiries particularly in London, although this will be still be slightly less than last year and the nationality of these buyers will continue to shift as a direct result of wider macro activities within the economy.

If we focus specifically on London, could the rise in commercial property prices and rents see companies turn to look outside of the city for cheaper rates, in order to offset the rising cost of employees? It’s a possibility. However it seems an increasing number of firms are looking for alternative ways to combat this challenge with the likes of Deloitte and KPMG to name but a few, offering to support staff with funding properties for staff.

Are you looking to buy, lease or rent a commercial property in London? Complete a contact form or call us on 0207 118 3456