The ups and downs of the London commercial property sector 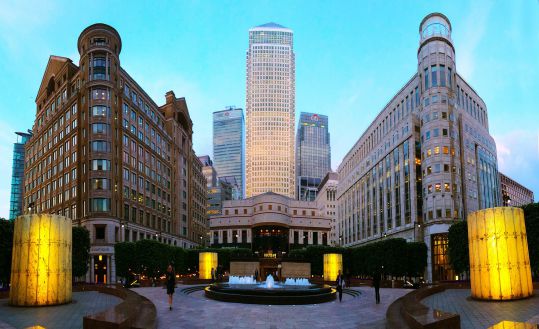 The highest number of office construction schemes in 20 years have started in London in the past six months. According to Deloitte’s 2016 London Office Crane Survey, work began on 51 schemes, with 26 of those in The City.

The report also shows the volume of London office construction increased by 28% to 14.2 million sq.ft. – the highest level since Q1 in 2008. Nearly half of this space, 42%, has already been let to tenants, a reflection of the low level of available office space in the London market.

Furthermore, Deloitte’s prediction model, Crane Survey Plus, anticipates a rise in delivery of space until 2018, when there’s an expected peak in new supply.

This rise in construction is in spite of uncertainty in the market caused by Brexit-based fears. Figures from real estate adviser CBRE show that £3.5bn was invested in London’s office market during the first three months of this year, which is on par with the first quarter of 2015.

All this activity is in spite of of the downturn in commercial property values which fell in the first quarter for the first time since March 2013.

In May, asset management companies Henderson and M&G switched their UK funds to bid pricing, a sign of the changing fortunes for the sector. Whilst the shift effectively wiped off around 5% from returns, the change to bid pricing does mean a lower entry price for new investors in the fund.

Jamie Pope, head of London capital markets at CBRE, said: “Some investors are experiencing political and economic uncertainty at the moment, so it’s heartening to report this hasn’t caused much in the way of turbulence in the London office market in the first quarter of the year. Yields are stable and, in some cases, the prevailing conditions are making investment at this time a more attractive prospect.”

Regional buoyancy in office lettings outside of London

Despite the fierce interest in commercial property in London, companies continue to move operations out of the capital. According to EGi’s Regional Office Research, office lettings across the UK were up by 20% in the first quarter of 2016 compared with Q1 2015. The rise in regional markets was driven by the increase in ‘north shoring’ – relocating back-office functions away from London, with the largest moves being to Glasgow and Birmingham. This obviously had an effect on commercial rentals in London, with a fall of 27% in Q1, but 6% above Q1 in 2015.

It remains to be seen what happens after the EU referendum in June, but as we’ve reported before, whatever the British people decide, experts are predicting resilience in the London property market.

For further information on any of our services, or to discuss any aspect of your commercial property portfolio, please do not hesitate to contact Michael Boardman, or a member of the MB&A team, on 020 7118 3456.