Brexit confusion for the office market 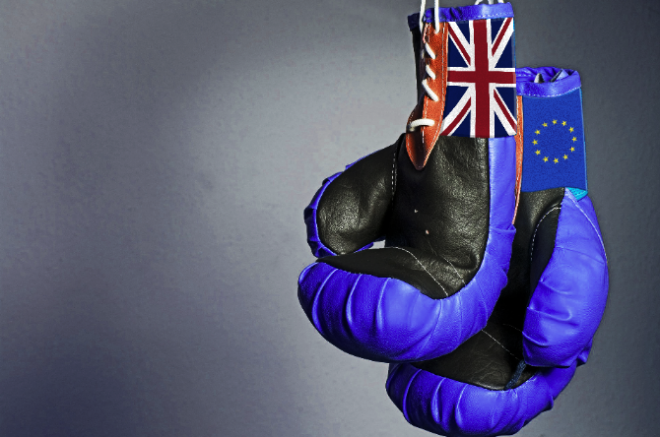 Facts over the possible effects of the results of the Brexit Referendum will have on the office market are causing as much confusion as they have been in the political arena.
Last month, Euronews reported that the possibility of an EU Brexit hasn’t had much effect on demand for space in London’s financial hubs. A leading surveying practice’s recent “Skyscraper Index” report backed this up, reporting a 9.68% growth in rents in Q2-Q4 2015. Moreover Reuters reported that nearly a year after the Prime Minister announced the referendum, London is still Europe’s most ‘in demand’ office market, with just under 3% of total office space in the City being available for rent in the first three months of the year, compared with 12.2% in Frankfurt, 6.3% in Berlin and 6.8% in Paris. And London rents are still rising, even though indicators for the second quarter suggest confidence has started to wane.
On the other hand, according to the Bank of England, transactions in commercial property fell by 40% in the first quarter of this year from Q4 of 2015 – and 60% from Q1 2015 – as a result of the uncertainty.
Some companies are continuing to trade, but with contingency plans. The Daily Mail has just reported that whilst real estate deals are still happening in London, commercial property investors are writing clauses into the contracts which will enable buyers the right to walk away from a deal if Britain votes to leave the EU.
The Qatar-based Gulf Times has quoted sources which suggest that Arab investors have held back from new deals in Britain because they fear a property price slump if Britain leaves the EU, which is a distinct contrast from the last decade when billions of dollars worth of property, mostly in London, were snapped up by Gulf investors.
The results of a readers’ poll which has just been published by Estates Gazette show more than three-quarters of respondents thought the office sector is the most likely to be affected by the UK leaving the EU. More than half of those polled think there will be a fall in value in the event of a Brexit of more than 6%, with a pessimistic 13% expecting a drop of more than 21%. Only 4% of respondents thought a Brexit would result in an increase in property costs.
Thankfully we’re getting ever closer to the 23rd of June, after which we will at least have a better idea of where we stand. But in the meantime, the uncertainty continues.
For further information on any of our services, or to discuss any aspect of your commercial property portfolio, please do not hesitate to contact Michael Boardman, or a member of the MB&A team, on 020 7118 3456